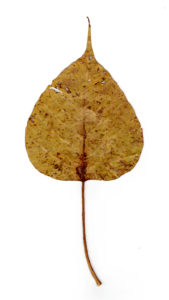 A dried Pipal leaf from Holipura Village, UP. March 2018

Pipal Press was set up by Michael Thomas as a vehicle for publishing his small books, which are intended to stimulate interest in India, an astonishingly varied part of the world, from the Himalaya, the Thar Desert to the backwaters of Kerala. He has had a long interest in the sub-continent and has been going there since 1989. The books are generously illustrated with black and white photographs and extend well beyond the average tourist brochure but without pretension to academic scholarship. That said, the text is carefully researched and sourced from well-informed people and writings.

The books are produced in small quantities using the best materials, with concise text and finely printed b/w photographs. They are informative tangible objects to keep.   Individual archival prints are available to order. 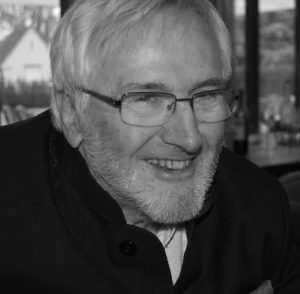 Michael was a partner in ADP, a UK national architectural practice that has celebrated its 50th Anniversary on 01 October 2015. Retirement allowed the opportunity to travel slowly to see and photograph more. The emphasis now is to explore and document places that are changing,  threatened and often remote from the tourist trail.  That change is happening fast.

Consequently the books are out of date almost immediately. Michael tracks notable changes and developments which are shown in the NEWS AND COMMENT section. It also posts other matters of interest from anywhere in India. There is a lot going on! Viewers are invited to contribute their own comments and relevant information.

In a broad sense there are strong parallels between architecture and geography. Michael is now a Fellow of the Royal Geographical Society.

The logo is a stylised version of the sacred Pipal  tree (ficus religiosa) taken from this pot, which was made during the Indus Valley Civilisation around 3000 BC.